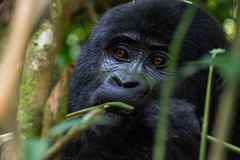 I spent a couple days in southwest Uganda near the country’s border with the DRC to visit Bwindi Forest, a biologically diverse rainforest that was designated a UNESCO World Heritage site in 1994. It’s home to several endangered species including the mountain gorilla.

Several gorilla groups have been habituated and UWA rangers lead up to eight visitors a day to visit each group. I was assigned to the Nkuringo Gorilla Group and I happened to be their only visitor on that day. As I started off on the hike, the trackers ahead of us had spotted the group before we reached the forest, so we (myself and a few UWA rangers) used a fairly direct route there. We then spent an hour with the Nkuringo Gorilla Group and walked out following the same path we used to hike into the forest. I used a GPS app to track us on the way back so I could find our route on a map later. 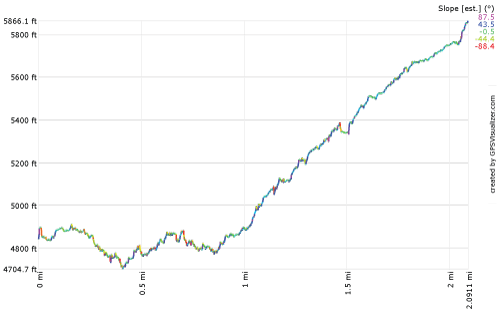 Although the distance wasn’t great, the slope seemed steep (as well as muddy and slick) so I think it was fairly challenging. (Then again, I need to work out more.) The path directly off the road was the steepest. It’s not part of the national park, so there are a few smallholder farms with their assorted cows, chickens, and goats. It’s got to be tough to farm on the side of a mountain. Currently, the government and NGOs follow an “integrated conservation and development” (ICD) strategy to ensure that the surrounding community benefits from conservation of the habitat (IIED). 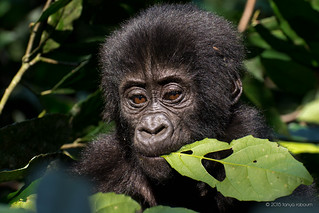 Surprisingly, it didn’t rain at all, so the heat felt really oppressive. The forest was lovely, though, and, when we found the gorillas, they were relaxing in a shady, cool spot on the side of a hill. Like much of Bwindi, the area they chose was covered with dense vegetation and little level ground. It was difficult to plant my feet and keep the camera steady when shooting. At one point, a blackback decided it would be hilarious to roll into me and knock me over (it wasn’t difficult to do). The group seemed relaxed and playful on the whole. We tried to stay out of the silverback’s way, but the others seemed to enjoy sitting near us. The guide told me that the Nkuringo Group was down to 11 members. Two had died recently and one was abducted by another group. They did have a baby though who was around six months old. 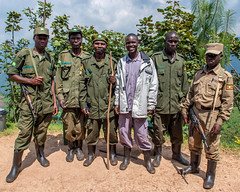 We were finalists in the IxDA “Empowering” category for Ledger Link! Here’s the video I made for our submission. 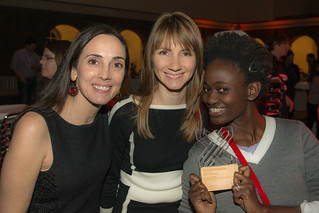 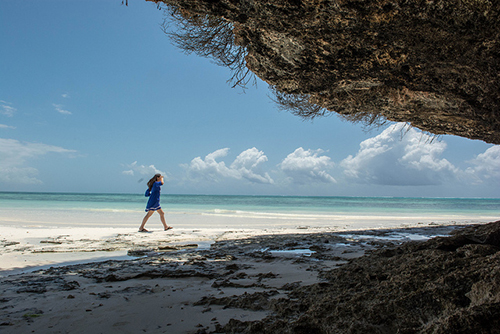 “I was the little Briar that pull’d you back…”